The Caffeine Crash: Why Does Coffee Make Me Sleepy? 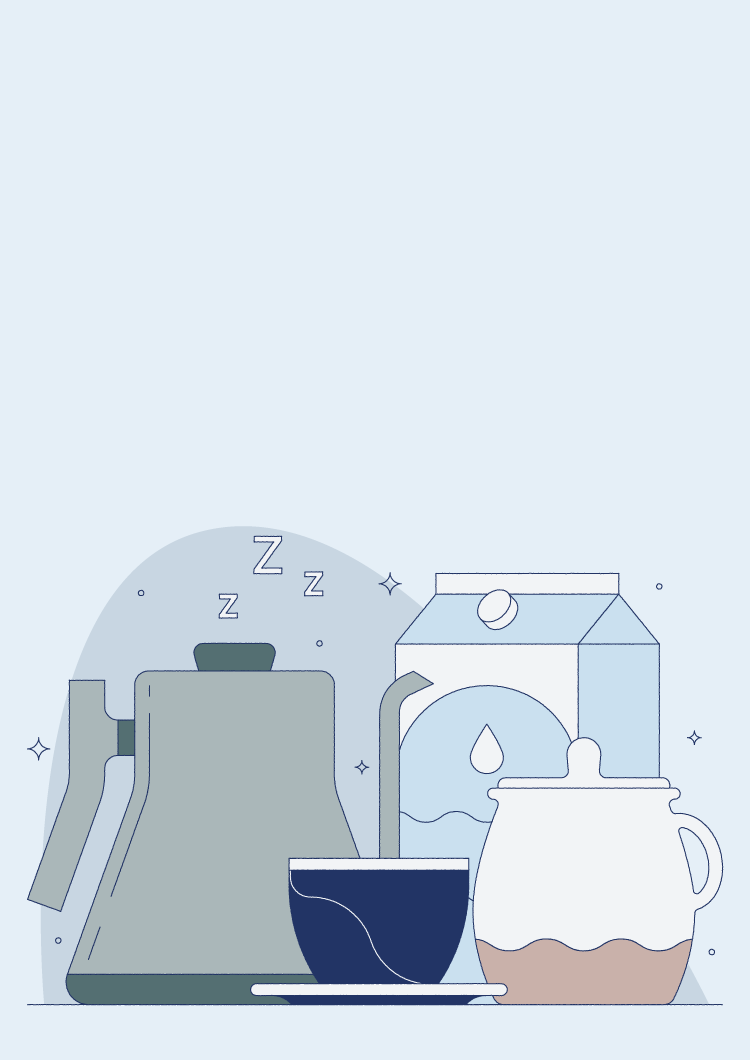 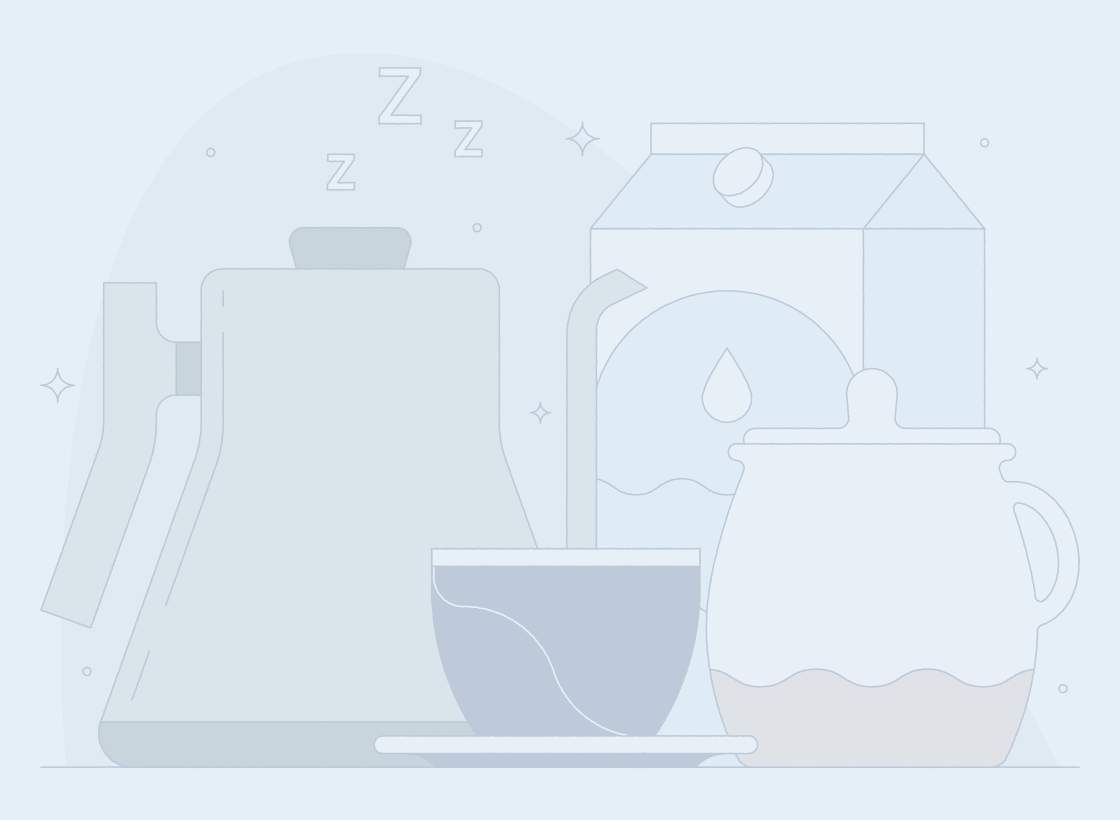 After settling down with your morning cup of joe, you expect the caffeine to hit relatively quickly, but sometimes you may end up with more of a caffeine crash than a rush. So, for a drink that’s known for its ability to wake you up, why does coffee make you tired?

If coffee makes you sleepy, there’s likely a root cause behind it. While the caffeine in coffee works by blocking adenosine receptors (the molecule that registers sleepiness) in your brain, caffeine can sometimes kick back harder than intended. Other times, additions like dairy and sugar may be the real culprits making you tired.

Keep reading to learn more about why coffee makes you sleepy, and why getting a better night’s sleep can help minimize the side effects that come along with a caffeine crash.

Why Does Coffee Make Me Tired?

Coffee is typically considered the morning wake-up drink of choice, but the caffeine it contains may hurt more than it helps. Check out these reasons why caffeine might be making you sleepy.

Known as the stress hormone, cortisol levels can be lifted by drinking caffeine. When cortisol levels are raised, it can put you on high alert, leading to feelings of anxiety and stress that can keep you up at night.

Although anxiety and stress might make you feel more awake in the moment, they can lead to feelings of fatigue later on in the day. If you’re struggling to fall asleep because of stress, you might want to try the military method or the 4-7-8 method, both of which can help you relax and ease anxiety so you can fall back asleep at night.

2. Coffee Blocks the Effects of Adenosine

Adenosine is a molecule that’s naturally produced by your body and can make you feel sleepy. When you drink coffee, your body absorbs the caffeine in it, and when this caffeine reaches your brain, it sticks to your adenosine receptors.

Caffeine can block the effects of adenosine, which is what makes you feel alert after your morning cup of joe. However, once the caffeine wears off, your body may experience a buildup of adenosine that hits you all at once, which is why coffee can make you feel tired.

3. You May Have a Caffeine Tolerance

If you regularly consume coffee or another form of caffeine, you may build up a tolerance over time. Since caffeine works by blocking the effects of adenosine, your body may begin to start producing more adenosine receptors as a response.

If your body produces more adenosine receptors, your usual amount of coffee may not be as much of a pick-me-up over time. However, some researchers believe that continuous exposure to caffeine may not affect how the body metabolizes it — meaning that some say a caffeine tolerance may be more fiction than fact.

If you’re drinking coffee with added sweeteners, you might want to look at those as a potential culprit. Sweeteners like sugar, syrup, or honey might actually be causing a sugar crash — not a caffeine crash.

If your body isn’t used to sweeteners in your coffee, it may produce additional insulin as a response. This may cause your blood glucose levels to drop, leading to a good old-fashioned sugar crash.

If you’re struggling to stay awake after your morning cup of joe, you may want to try removing the added sweeteners from your drink to see if sugar is the real culprit.

5. The Dairy Is Affecting You

Dairy contains tryptophan, an amino acid that has been linked to promoting sleep. While this can be great to wind down at night, it could be counterproductive in your morning latte.

It’s important to note that while tryptophan can contribute to drowsiness, milk only contains a relatively small percentage of it — so the likelihood of a little dairy in your coffee making you tired is relatively low.

However, if you try swapping out the dairy in your coffee with a plant-based alternative and notice yourself feeling more alert, it might be a sign that it’s worth ditching the A.M. dairy consumption.

6. Caffeine Can Be a Diuretic

Have you ever felt like you need to use the bathroom more often after drinking caffeine? That’s likely because caffeine can be a diuretic, meaning it can help get rid of water and salt in your body.

If you have a cup of coffee without properly hydrating, you may quickly begin to feel the effects of dehydration, like:

To help prevent dehydration, make sure you’re drinking an adequate amount of water with your morning joe. According to Mayo Clinic, adults should be drinking between 92 and 124 ounces of water per day to stay properly hydrated.

7. There’s Mold in Your Coffee

Beyond the grossness factor of mold in your coffee, the contamination resulting from mold could be why you’re struggling to stay awake. This is because some coffee beans have been shown to contain mycotoxins, a type of mold that’s been linked to chronic fatigue.

Unfortunately, the effects of mold in your coffee can become much more severe than just fatigue. Studies have linked mycotoxins with liver and kidney tumors, and it has been classified as being possibly carcinogenic to humans.

How To Minimize the Side Effects of Caffeine

If you want to kick the side effects but keep caffeine, here are some tips that can help minimize the adverse side effects of caffeine consumption:

Trying to get to the bottom of your caffeine-induced sleepiness? Check out these frequently asked questions to get an idea of why coffee makes you sleepy.

How Long Does Caffeine Stay in Your System?

Caffeine can stay in your system for up to 10 hours. After drinking caffeine, you may start to feel the effects in as little as 15 minutes, but typically peaking after around an hour. About six hours after initial consumption, half of the caffeine is still in your system, and it finally exits your system a full 10 hours later.

Can You Be Immune to Caffeine?

Can Caffeine Have the Opposite Effect?

While caffeine is typically used as a stimulant to increase alertness, some people report that it has the opposite effect. This can be caused by rebound fatigue after the caffeine leaves your system or other culprits in your drink like sugar or dairy.

Is Caffeine Bad For You?

Caffeine consumption itself isn’t bad for you. However, caffeine does have the potential to become habit-forming. If you’re a habitual caffeine drinker, you may experience the side effects of excessive intake such as anxiety, trouble sleeping, restlessness, and an irregular heartbeat.

To safely consume caffeine, it’s essential to monitor your intake. The FDA recommends a maximum of 400 milligrams per day for most adults, equivalent to four 8-ounce cups of coffee.

If you’ve been struggling to wake up after your cup of joe, it could be a sign that there are other factors at play. You may want to try waking yourself up naturally to make that A.M. transition a little easier on your body.

A wakeful and productive morning starts with a good quality sleep the night before. If you’re ready to catch some Zs, check out our innovative mattresses for serious coziness all night long.
Disclaimer: This article is for informational purposes only and should not be taken as medical advice. 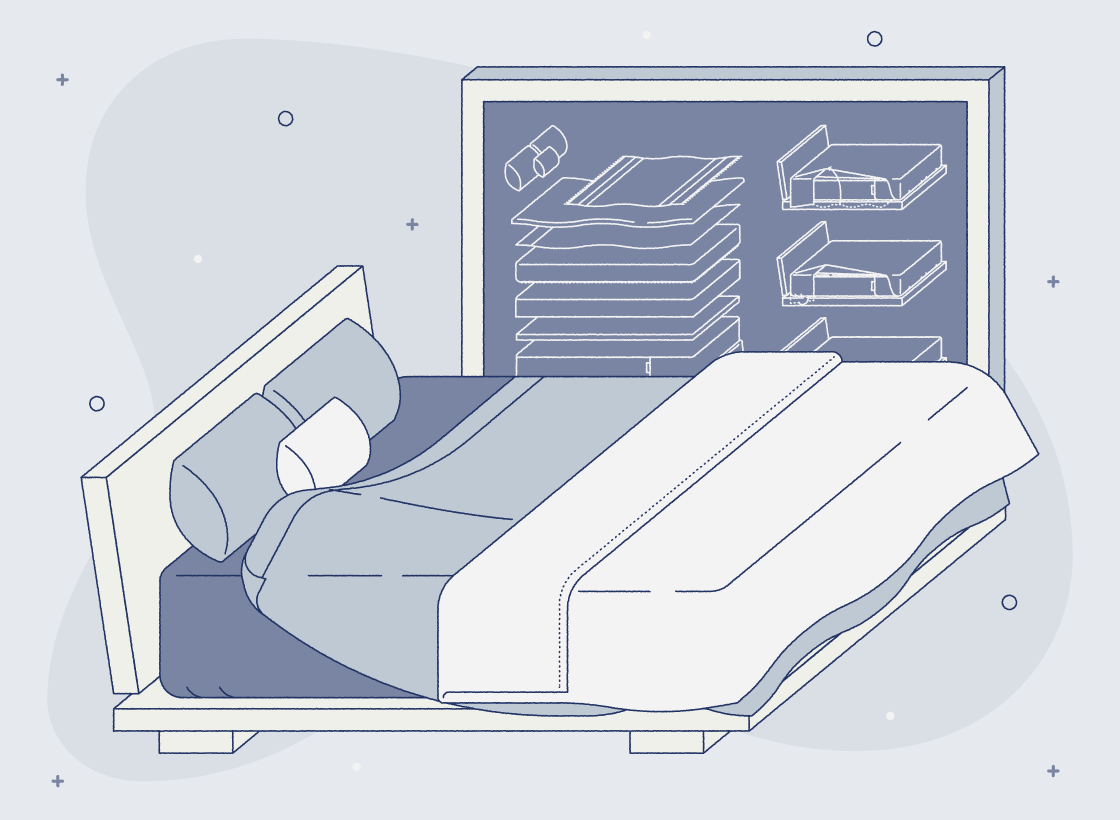 How to Make a Bed: Layer By Layer in 8 Steps

If you’re waking up feeling groggy, your unmade bed from the night before could be the culprit — people who make their bed [...] 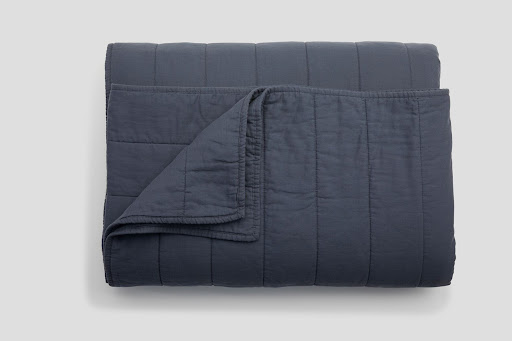 What is a Quilt?

Quilts come in many different shapes, sizes, and styles. Maybe you’re interested in a cozy,  soft quilt cover for your [...] 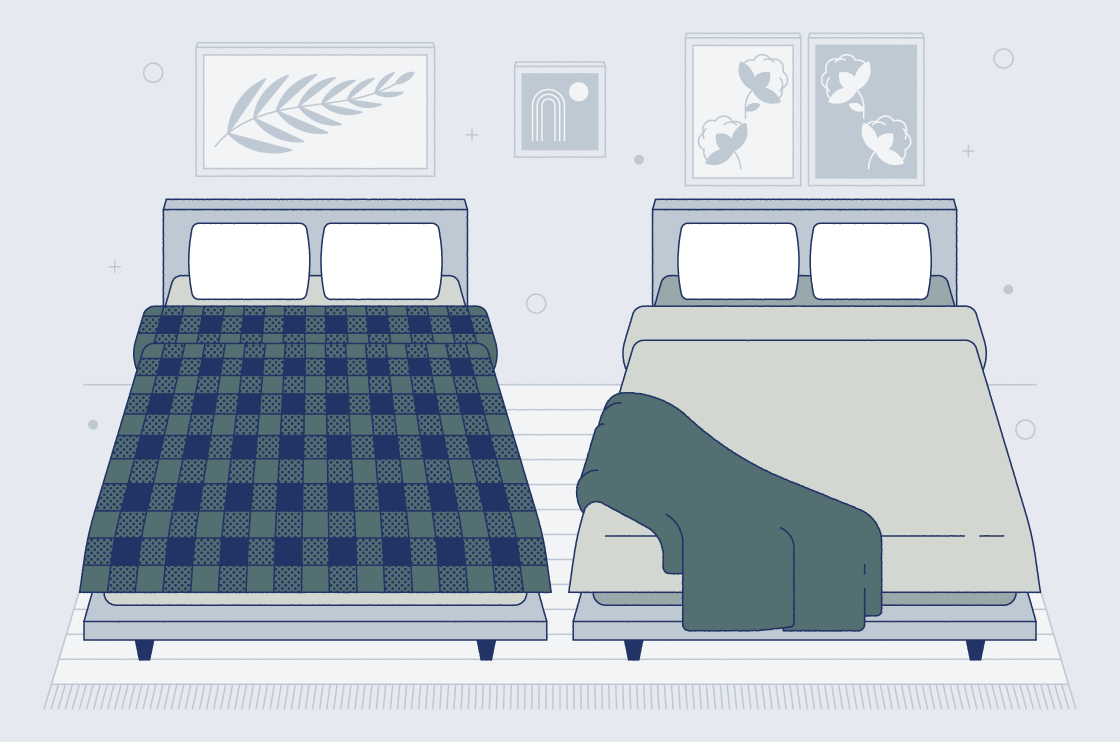 Flannel vs. Cotton Sheets: Beyond Cozy or Cool

It’s easy to assume that in the flannel vs. cotton sheet debate, it all comes down to two main factors: cozy and cool. [...]